Planet earth is facing severe environmental crisis these days. This is due to rapid, huge and unexpected changes in environmental quality that are difficult to reverse. According to World Wildlife Fund’s 2014 report humanity is using the earth’s resources 50 percent faster than they can be replenished. Decrease in forest cover area is one of many reasons of this environmental crisis. National Forest Programme (NFP) proposed that 60 percent of the land in the hills and 20 percent of the plains and in all 33 percent of the total geographical area should be under forest and tree cover. But in Punjab, the area under forest and tree cover is only 3.67 percent (less than that of a desert state like Rajasthan which has 4.36 percent) as against 21.71 percent in country and in district Ludhiana, it is only 1.47 percent, where this project has been proposed to setup.

Changing attitude of human beings towards natural resources has pushed the whole planet towards environmental crisis. Following the colonial model to development, and discarding the balanced approach, financial profit has become the main objective instead of well-being of ecology. As a result, the water is being more and more extracted, the trees are being cut at rapid speed and the water is being polluted because all the natural resources are seen as worthless if these are not used for human purpose. Due to this profit oriented approach capitalists succeed in setting up their harmful projects which they declare profitable ones. The matter of establishing a mega textile project near ancient Mattewara forest in Ludhiana district is burning issue these days.

In 2020, The Punjab Cabinet approved an industrial park near the Mattewara forest range and Sutlej River in the Ludhiana district. The park as per the Cabinet decision was to be set up on approximately 1000 acres and the land of Sekhowal Gram Panchayat (416.1 acres), Salempur Gram Panchayat (27.1 acres) and Sailklan Gram Panchayat (20.3 acres) was acquired for this purpose. The remaining land which was acquired, belong to Animal Husbandry department (207.07 acres) and Rehabilitation department (285.1 acres). The land was acquired jointly by centre and state government. The people of Punjab, environmental activists and various social organizations started protesting the state government’s decision and staged a peaceful protest in front of the Greater Ludhiana area Development authority office in 2020. The opposition Aam Aadmi Party (AAP) had then opposed the project as it was ill-conceived and the government was not sensitive towards environment. But in 2022, after coming to power, AAP changed its attitude and gave a statement that the industrial park would do no harm to forest life. But any statement did not achieve any success in satisfying the protesters.

Mattewara Forest, spread over 2300 acres, is home to many birds and animals. The botanical and butterfly garden is one of the finest gardens.  It has a big religious importance in Sikh religion. This forest protects the Ludhiana city from floods in the Sutlej River as it is blessed by Guru Nanak Dev Ji. After the battle of Chamkaur Sahib, Guru Gobind Singh Ji escaped into this forest in a wounded condition. Besides religious importance, this forest also absorbs the gases emitted from industries in the city. After the Nangal Dam, the Sutlej flows through Punjab with a very less amount of water. And such textile industry would pollute that water also.  Hence establishing a textile park near the forest became intolerable to the residents.

Public Action Committee (PAC), a Ludhiana based non-profit organisation, contributed greatly in leading the protest in a systemized way from awareness campaigns on social media and in-person to legal activities like filing petitions in Punjab and Haryana High court. It objected the mega textile project as the proposed project site was located on floodplains of River Sutlej and would disturb the flora and fauna of the Mattewara Forest as it touched the forest from two sides.  There was also fear that the chemical discharge would pollute the River Sutlej. Meanwhile Sekhowal Gram Sabha refused to hand over its share of project land. They passed a resolution against the industrial project on the village land. High mass involvement in protest compels the government to rethink over the matter. National Green Tribunal (NGT) instructed Government to reconsider the region and it helped in slowing down the beginning of project. Instead of waiting for any report, the environmentalist planned their next activity. A protest was organised against the project on july 10, 2022, at the local Gurudwara near the Dhussi Bund on the Sutlej River and a open participation call was given. People and NGOs all over the Punjab participated in the protest. There was a mass gathering. And on 11th of july, Punjab Chief Minister scrapped the project and promised to give back the land of Sekhowal Gram Panchayat. The fight of Punjab against anti-environmental activity seems turn into a victory.

In next few days, the statements from various political leaders started to come as a call to shift this industrial park into their region. Famous industrialist Vikramjeet singh Sahni tweeted recently that Government has to step forward to get benefitted from such profitable project and the identification of area for this project has been done and for this purpose the districts of Mohali, Ropar and Pathankot are seen as the suitable places for this project. It is noteworthy that Ropar and Pathankot depend on River Sutlej and Ravi for ecological balance and Mohali does not have any river surrounding the district and it depends more on River Sutlej fed canal system.

Textile industry is considered one of the most polluting industries. With such ill effects, would it be safe to establish such projects on the land of Punjab, when Punjab already is suffering from water crisis and environmental depletion at many spheres? As it seems that the matter is sorted out, but another controversy has erupted as the Public Works Department has sought a No Objecion Certificate (NOC) from the forest and drainage departments to cut 6700 full grown trees and nearly 6000 plants for the construction of 6-km long approach road near the banks of River Sutlej. This again creates a stir in environmentalists as it seems that the danger is not passed away. As a result, they again starts their protest on the sight against the proposed destruction of ecology.

Government plays an important role in the development of any region. It acts as a mediator to provide platform to any firm to establish, and to expand its work. Democrarcy works for public welfare with the slogan ‘of the people, by the people, for the people’. But instead of working for people, it seems that the democratic government has started ignoring public well-being. The policy of Mattewara Textile industry demonstrates that the government has begun to serve the industrialists. But the question arises here, why? Does the government have no responsibility towards the public which elected it?

It is often stated that industries are essential for the development of any area. Industrialisation provides employment and raises the standard of living of public. Hence it allures masses in the name of development and shows them the picture of their holistic development. It introduces their projects as it is the need of region. Inspite of protests, it does not want to step back, thus compels us to consider does the land of Punjab really need industry? Or does this Industry need the land of Punjab?

The policy of neo-liberalism is characterised as its belief in strong economic growth that aims to achieve human progress by allocating the resources in most efficient way with the help of free market. Hence it seems that it is committed to achieve human welfare. As it strengthens its roots in any area, the welfare remains only on paper. On real ground, the objective of welfare disappears. The question arises here, Why the profit driven corporate sector would be interested in welfare?

When Punjab is fighting for survival due to depleting water resources in terms of both surface and subsoil water, at this time creating more industrial Zones needs reconsideration. Every existing drain in Punjab is polluted with sewer or industrial pollution, hence Punjab cannot afford to have such an industry with heavy water consumption and discharge of polluted water into river or subsoil. More than half of the economy of state Punjab is based on agriculture. In such situation the industry based on agriculture is recommended as beneficial one.

Matewara Protest has passed many phases successfully. This is not because of the support of any government, but because of the unity of people and their awareness towards their environment. In the coming days it would be the need of time to stand united against such anti-environment projects of corporate sector and government.  The attitude to accept things in the name of employment and development needs to be changed. 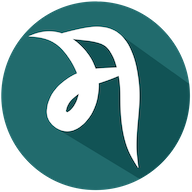 Add Sikh Pakh to your Homescreen!